These sub-genres can all be very confusing. One thing to be sure if that all of these bands are awesome, in my opinion. Go through my entire list of progressive rock bands right now, I bet you’ll find a new favorite! Oh, and I mostly listen to modern side of progressive music, so don’t be surprised if many old school influences are missing.

Progressive rock developed in the 60’s and grew popular in the 70’s. It’s characterized by lengthy compositions, keyboard instruments and generally using experimental ideas. King Crimson and Pink Floyd are considered two of the most important bands in the style. Many modern takes on progressive rock came along over the years, and now many different bands can be considered part of the genre.

I often find myself preferring Maynard’s second, more accessible project. APC has created many amazing songs over the years, and the latest album “Eat the Elephant” doesn’t stray from that tradition.

Icelandic band somewhere between the “college prog” tag that plagues bands like Karnivool and Rishloo and the neo-djent moves of Leprous.

Norwegian Pink Floyd worshipers with plenty of emotion and songwriting talent. Very true to the Floyd blueprint, but the music is just too damn good to ignore based on that.

It feels like Anathema has reached into most genres at one time or another, and the 1999 opus “Judgement” is probably the most progressive rock-laden album.

Origin: Sweden
Recommended album: “Until All the Ghosts Are Gone” (2015)

Classy Swedish prog band with a lengthy, consistent discography. You can’t really go wrong, but I usually hit up “Until All the Ghosts Are Gone”.

Antimatter is not just one of my favorite progressive rock bands, it’s one of my favorite bands of all time. Some of the darkest, most honest music I’ve ever heard. The band only seems to get better over time, proved by 2018’s brilliant “Black Market Enlightenment”.

This project is mostly known for featuring Katatonia bass player Niklas Sandin, but it really is so much more. “The Constant” is an album filled with memorable vocal lines and genuine emotion.

Ayreon is often to cheesy for me, but there’s no denying the power of 2004’s “The Human Equation”. Lots of talented singers, and an incredibly ambitious story and project.

Steven Wilson-related project with some quality dark tunes. Hasn’t made that perfect album yet, but there are some unbelievable tunes like “Far Away”, “1.000 People”, “Glow” and “Epidemic”.

One of my favorites among the classic progressive rock bands. Camel is so good at crafting dreamy, otherworldly songs. “Never Let Go” also has one of the most unforgettable acoustic intros in the genre.

Underrated Tool-like band with only one full-length album in its discography. I’m surprised Ceterum didn’t get more attention around its release, because it’s a good one.

Another band that kind of sounds like Tool, but still delivers enough on their own.

Awesomely super-geeky band somewhere between progressive rock and alternative rock. “Catch without Arms” is the most catchy album, while the album after goes heavy on the prog and art rock leanings. One of my all-time favorite bands.

Really depressive stuff somewhere in the softer side of alternative rock and progressive rock. Thoughtful lyrics and nice vocals, albeit a bit too calm at times.

In the Silence and the 2012 album “A Fair Dream Gone Mad” is one of the first bands that came up when someone needs something similar to Katatonia. Really classy progressive music on the border between metal and rock, with songwriting, emotion and great dynamics.

Mostly instrumental band with some really creative music ideas going for them. For me Indukti is even better when joined by Riverside singer Mariusz Duda on 2004’s “S.U.S.A.R.”.

Often seen as the Australian take on Tool, and it isn’t that far off. Karnivool has a lot to offer on its own merit though. “Sound Awake” from 2009 contains most of my favorite Karnivool songs.

Katatonia is my favorite band, treading somewhere between doom metal, progressive metal and progressive rock. Fans of progressive music are bound to find something to enjoy from the modern part of Katatonia’s discography.

Super-emotional band with ties to Cult of Luna. Khoma delivers everything from sludgy heaviness to gorgeous progressive/alternative rock with a level of emotion most bands never reach.

Origin: United Kingdom
Recommended album: “In the Court of the Crimson King” (1969)

Mandatory band on this list, since it’s just so influential. I’m not a huge fan overall, but the classic songs are definitely something every progressive rock fan needs to hear!

Classy modern prog rock with a slight metal edge. Long-running band that only seems to get better over time.

I ranked Klimt 1918 as number one in my best shoegaze bands article, but that doesn’t stop me from including the band here as well. This band is just so good, taking the best parts of shoegaze, alternative rock and progressive rock, putting it into an overly emotional mix.

Super-hyped band in progressive rock and progressive metal, and mostly for a reason. Insane vocal performances and some damn interesting dynamics. 2015’s “The Congregation” is the band’s peak for me so far.

Mostly known for touring with Katatonia. Solid progressive rock band that’s bound to please anyone looking for more music in the style.

Psychedelic progressive rock band that released its debut in 2019. I really dig the first single “Hypothalamus”.

Steven Wilson project with a massive discography. Lots of good material throughout.

I don’t care for new Opeth, but the material that made me an Opeth fan in the first place stays relevant. If you want to lose the metal completely, listen to the brilliant “Damnation” album.

A band that many Katatonia and Opeth fans used to listen to in the early 2000’s. Solid female vocal prog rock with a mysterious, dark edge to it.

Balancing somewhere between progressive metal and progressive rock, Pain of Salvation is a given band to check out for fans of both styles. The albums around the millennium shift are the best ones, but the band returned to good form with 2017’s “In the Passing Light of Day”.

No list of the best progressive rock bands is complete without Pink Floyd. The classic stuff is good, but I’ll declare blasphemy by saying that my favorite is 1994’s Roger Waters-less “The Division Bell”.

I’ve listened to this band so much it’s unbelievable, especially “In Absentia”, “Stupid Dream”, “Lightbulb Sun” and “Deadwing”. Now I mostly go back for some solid nostalgia, but there’s no denying the power of those albums.

Port Noir is a great example of newer progressive rock, sounding similar to other bands on this list, like Khoma, Aoria and Agent Fresco. Sadly, the band gradually lost their edge after the great debut album.

Tool-influenced band with a fantastic vocalist and a nice blend of progressive tendencies and simply rocking out. It feels like Rishloo got better over time, and I’m eagerly awaiting more material.

Riverside is one of the progressive rock bands that have been with me the longest. Debut “Out of Myself” caught me a long time ago, and I’ve pretty much approved all the band’s twists and turns over the years. “Rapid Eye Movement” and “Anno Domini High Definition” remains my favorites.

I got into Rush very late, but both influence and songwriting makes them mandatory in an article like this. The band really went out on a high note with 2012’s “Clockwork Angels”, my personal favorite.

International project featuring Antimatter’s talented Mick Moss on vocals. Similarly to Antimatter, this is great stuff on the darker side of the progressive rock spectrum.

Soen has always been a quality band for me, but the band’s sound really exploded on 2019’s “Lotus”. It rid the band of the most obvious influences, while carving a whole new quality when it comes to vocal lines and lyrics.

Talented Armenian band I found through the collaboration with Antimatter’s Mick Moss. “Broken Smile” is an absolutely massive song, and there is more quality material from the band.

Origin: New Zealand
Recommended album: “Even As the Light Grows” (2018)

Underrated band tucked away all the way in New Zealand. The 2018 debut is a very original offering for such a new band, and I’m certain the next disc will be even more interesting.

Weird bands are fun, and The Tea Party certainly is one. I only found the band through Nevermore’s cover of “Temptation”.

Something best described as a lighter version of the new Katatonia sound. I really loved the first album, and the second one is solid too.

There’s no need to describe Tool’s music or motivate why they are on a list of the best progressive rock bands. I’ve been divided on the band over the years, but there’s no denying the power of 2001’s “Lateralus”.

VOLA is a band that defies classification, but the progressive rock influence is certainly strong, especially on the lighter second album. Very original and refreshing band in today’s over-saturated rock scene.

Polish progressive rock is not all about Riverside. Votum is a similarly styled band with four quality albums in its discography, 2016’s “:KTONIK:” being my favorite.

One of the most underrated progressive bands out there. Kind of similar to Pain of Salvation, but with its own super-dark edge. Insanely good vocals, especially on the newer albums. 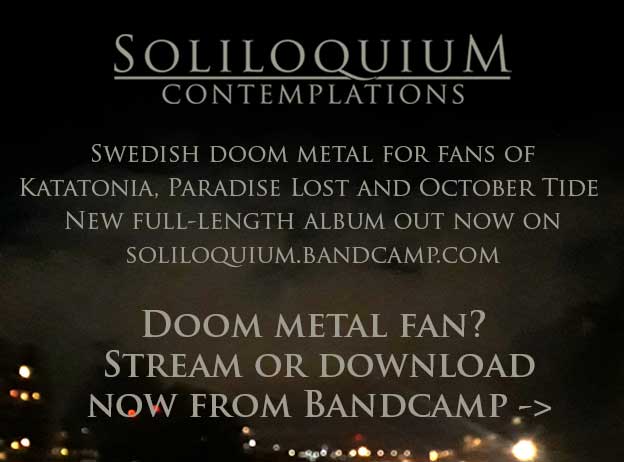