This my list of the 30 best progressive metal bands, I hope you can find something interesting. The progressive metal genre classification is pretty difficult to narrow down so I’ve done my best to include the bands I deem progressive metal. It will include everything from extreme metal to bands that fit just as well under the progressive rock tag. Instead of making it a countdown, I will do this list in A-Z. 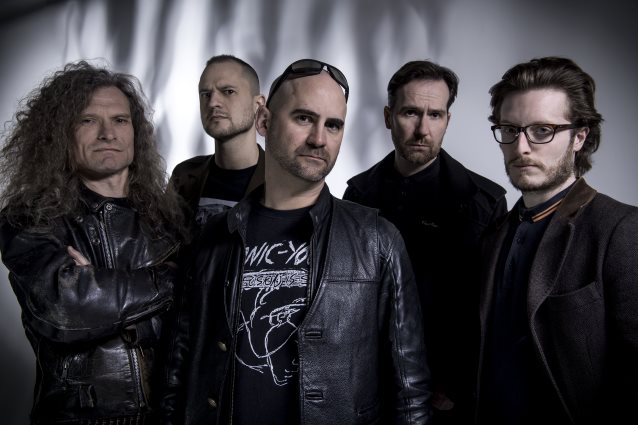 Akercocke is one of the most original bands in extreme metal, playing a mix of death and black metal with strong progressive influences. A way to describe them fast would be a way more extreme version of Opeth, but that doesn’t really do their sound justice. Recommended album to start out with:

Few bands have a more fitting band name, as Amorphis have tried out many styles during their long career. They’ve done everything from old school death metal to doom metal, folk metal and progressive metal, and most of it has been great.

Atheist is a highly influential early 90’s death metal band that incorporated jazz and other progressive tendencies into their sound. They were highly creative and helped pave the way for Death masterpieces like “Human” and “Individual Thought Patterns”.

Barren Earth started out as a progressive metal project for those who hadn’t quite gotten enough of Amorphis and Opeth. After recruiting Hamferð vocalist Jon Aldara, they grew into so much more. Their strongest songs are a perfect mix of death metal, doom metal and folk metal goodness. 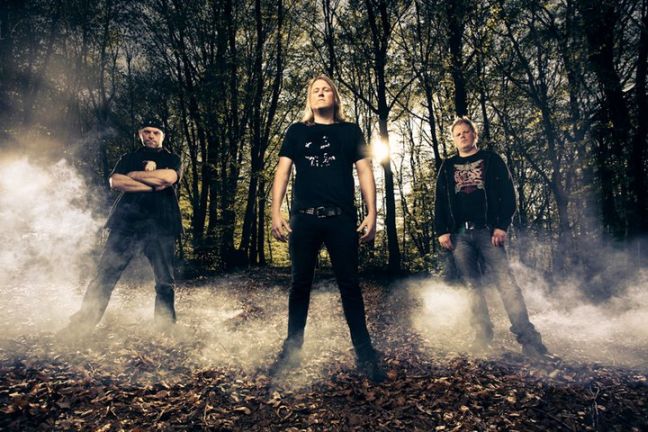 There are very few bands that sound like Nevermore, and even fewer that can rival them in quality. Norway’s Communic can be accused of sounding a tad too similar, but on the other hand they write classy progressive metal that would be a sin to not include on this list.

Cynic is a band so influential that it has to be on a list like this. Just like Atheist, they paved the way for the progressive metal to come during the 90’s. I’m a weirdo that prefers “Traced in Air” from the new era over the classic “Focus” album.

Dan Swanö is not a band (duh), but his record “Moontower” is too insanely good to not mention in a progressive metal article.

I love Death’s mid-era output, and to me “Human” and “Individual Thought Patterns” are two of the best progressive metal albums ever. The combination of wild musicianship, passionate themes and catchy songwriting makes it some of my favorite music ever.

Dream Theater has suffered a dramatic decline in quality over many years, but that doesn’t stop 1992’s “Images & Words” from being one of the best and most important progressive metal albums. Just like the best music on this list, it combines blazing technicality and great songwriting.

Dan Swanö has already been on the list once, but it’s not complete without mentioning Edge of Sanity. Most of the EoS discography belongs on a melodic death metal list, but “Crimson” and “Crimson II” are mandatory for fans of progressive metal.

Krister Linder is one of the most underrated artists in music, and that includes his metal band Enter the Hunt. They released one great album, “For Life. ‘Til Death. To Hell. With Love.”, and disappeared back into obscurity. The band had quite an original sound going, and deserved much more attention.

Katatonia is my favorite band, and they sure know how to succeed in many different styles, having played everything from death/doom metal to shoegaze and progressive rock. The progressive metal moniker is probably a good way to describe them today.

Norway’s Leprous has emerged as one of the premier progressive metal bands, and it’s not hard to understand why. The combination of djent tendencies, atmospheric keyboards and massive vocal lines is very appealing.

A recurring theme on this list is any band that can fill the void that Nevermore left behind, and Loch Vostok has some of their qualities. Their songs are nowhere near as strong, but it’s refreshing how they can mix progressive power metal and extreme metal in such a free-form way.

I’m not a fan of everything that Mastodon put out, but “Crack the Skye” is a mandatory listen for any fan of progressive metal. Most people love it or hate it, and I fall somewhere in between.

Meshuggah pioneered the djent sound, and put out some nice progressive metal songs and albums while doing so. I don’t think they ever put out a perfect album, but most of them have at least a few great songs worth checking out.

Nevermore disbanding is the worst thing that ever happened to progressive metal music, and my search for a band to replace them has been long and fruitless. All of their albums are good, but “The Politics of Ecstacy” and “Dreaming Neon Black” are timeless masterpieces.

Before turning into a novelty group (in my humble opinion), Opeth put out some quality progressive death metal music. “Still Life”, “Blackwater Park”, “Deliverance” and “Damnation” are all worth checking out.

Pain of Salvation is a long-time favorite of mine, playing some of the classiest progressive metal out there. A nice album to start out with is “The Perfect Element I”.

Another band that sounds like Nevermore, Sweden’s Pathos is a criminally underrated band that disappeared into obscurity many years ago. “Katharsis” is a fantastic mix between progressive metal, thrash metal and doom metal, and their other two albums are good as well.

Excluding Poland’s Riverside from a list of quality progressive metal would be a mistake, as they have a discography very few bands can challenge. Start out with “Rapid Eye Movement”, and especially don’t miss out on the tune “02 Panic Room”.

Rush is an undeniable influence on the progressive metal genre, and managed to put out some fantastic songs and albums during their long career. I particularly enjoy their last album “Clockwork Angels”, an extremely strong effort for such a long-running act. Another favorite is the 80’s overload “Power Windows”, even if it’s one of their least progressive records.

Surprise, surprise.. another Nevermore-influenced band! Scariot features musicians from the Norwegian metal scene, and they put out two quality albums in the mid 2000’s.

Soen is mandatory for fans of Tool, Opeth and Katatonia. Not one of the most original bands out there, but the songwriting is great.

My band Soliloquium plays its own style of progressive death/doom metal. It’s a mix of Katatonia’s death/doom style and newer clean vocal material.

The song below is called “In Affect”. It’s from our 2018 album “Contemplations”.

It’s hard to talk about progressive metal bands without mentioning Symphony X, and it’s with good reason. Much like Dream Theater, their discography isn’t perfect, but “The Divine Wings of Tragedy” is one of the mandatory albums when exploring the genre.

Is Tool really a metal band or a rock band? They’re influential enough to be featured on a list like this anyway. “Lateralus” kicks ass and has influences countless prog metal bands.

VOLA is one of the most promising progressive metal bands in my book, if not the most promising one. They mix the downtuned djent guitars of Meshuggah with glowing clean vocal melodicism, resulting in a highly original and appealing sound.

Much like Riverside, Votum is a Polish progressive metal band with a quality discography.

Another criminally underrated progressive metal band, Wolverine has a classy prog sound similar to Pain of Salvation, but with their own dark touch. Fitting for fans of classic prog, as well as darker music like Katatonia and Anathema.