Death/doom metal is a genre that has branched out in many directions over the years. These essentials, a mix between old and new, are intended for the new explorer of the genre. The albums are in chronological order. And yes, I excluded some important bands to make room for other favorites.

If you want to listen my 10 essential death/doom metal albums right away, just hit up the YouTube video below! Simple, huh?

While I prefer Anathema’s newer progressive rock direction over their death/doom metal, there is no denying the impact of “The Silent Enigma”. One could argue that Paradise Lost’s or My Dying Bride’s early work is more influential in terms of English death/doom metal, but I prefer the songs and sound on this album. 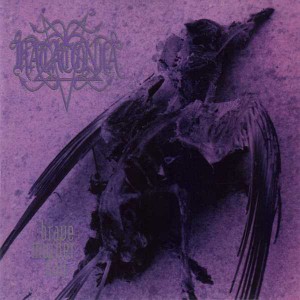 A strange, shoegazing and genre-defining album that so many tried, and failed, to replicate. The harrowing atmosphere and repeated patterns makes it the most important album of death/doom. It’s as stylistically original, as the music is infectious.

“The Fall of Hearts” review ->

A Katatonia side-project that presents atmospheric doom metal in a more melodic death metal-based formula. They never quite succeeded on recreating the atmosphere found on “Rain without End” on their other albums.

The full history of October Tide ->

If there’s a band that takes death/doom metal to epic proportions, it’s Mourning Beloveth. “The Sullen Sulcus” consists of 10 minute behemoths that never get boring, despite the slow pacing. The album also has one of my favorite death/doom songs ever: “Narcissistic Funeral”.

From the Stockholm suburbs came a masterpiece in melodic death/doom metal, dense with layering and complex patterns, yet full with emotion. Every song on this album feels like a journey, it really is something else. The only album on the list that competes with “Brave Murder Day” for me.

The peak of the contemporary melodic death/doom metal style. Daylight Dies are true Katatonia worshippers presenting songs as well written and well produced as they are atmospheric. The top notch lyricism is a nice icing on the cake.

I’m not a big fan of funeral doom metal (at least compared to death/doom overall), but if I’d pick an album I’d always pick this one. It’s a dreadfully sad and slow album, crowned by Johan Ericson’s passionate vocal performance. The title track is especially massive.

Perhaps the most original post-2010 death/doom metal band. Hamferð come from the Faroe Islands and deliver an epic, classic doom metal take on the genre that isn’t really comparable to any other band. Jón Aldará is one hell of a vocalist, switching between menacing growls and soaring operatic vocals with ease.

Probably the least known band on the list, Kaunis Kuolematon deliver raw, yet melodic Finnish style death/doom metal. The lyrics are in their native language, the growls are massive and Mikko Heikkäla has one of the best clean voices for this type of music.

All about classic band October Tide ->

Hey! your list got me thinking about my top 10 death/doom records, here’s mine: