This article is a part of my full guide to death metal music.

There is a wide array of bands considered progressive death metal. The genre includes everything from ultra-technical, extreme bands like Necrophagist, Decrepit Birth and Lykathea Aflame to more progressive contemporaries like Opeth and Cynic.

The borders between progressive and technical death metal can be hard to distinguish; many bands rightfully belong in both categories. Many of these progressive bands naturally also employ some non-metal elements like synths, acoustic guitars and clean vocals.

Some recognizable (but not not mandatory) progressive death metal traits are:

Death metal itself started in the mid-80’s when bands like Death and Possessed wanted to take the extreme sounds of thrash metal even further. The early death metal sound was purposely ferocious and as violent as possible. The sound from the 80’s and early 90’s scenes in the U.S. and Sweden is now referred to as old school death metal.

In the late 80’s, some heavy metal and thrash metal bands (including giants Metallica and Iron Maiden) started experimenting with longer songs and progressive ideas. It didn’t take long before this spread to extreme metal as well.

The start of progressive death metal

Progressive death metal started in the early 90’s when bands like Death, Cynic and Atheist started getting creative with their death metal sounds. There was a strong jazz influence and the compositions were often action-packed, abrupt and adventurous.

In 1991, Death released the jazzy, spacy “Human” album, featuring Cynic members Sean Reinert and Paul Masvidal. For me, “Human” is probably the ultimate album in the style, combining the jazz elements with aggressive, dynamic death metal. It’s a very flashy, technical album, complete with the catchy songwriting that made Death great it in the first place.

There is no doubt that the inclusion of Reinert and Masvidal brought some of the indulgent experimentation from Cynic into the Death sound. Cynic took their time, but released their highly praised debut album “Focus” in 1993.

Cynic disappeared, but returned as a more rock-oriented progressive band with 2008’s “Traced in Air”. Being the weirdo that I am, I actually prefer “Traced in Air” to “Focus”. But don’t tell anyone, it just gets awkward.

Another important early band was Atheist. Atheist released three adventurous jazz/death metal classics in 1989, 1991 and 1993. The band pretty much achieved the same thing Death did with “Human”; a successful combination of jazzy, rhythmical complexity and death metal aggression.

Several other old school bands like Pestilence from the Netherlands and Canada’s Gorguts joined in on the complexity party later on.

Another strange, progressive gem from the early Swedish scene is the completely manic 1992 album “Prodigal Sun” by Afflicted. Opeth also got active in the mid-90’s. However, they didn’t become fully relevant for the progressive death metal yet.

Death’s last album before Chuck Schuldiner’s unfortunate demise was 1998’s “The Sound of Perseverance”. This release can be described as a pure progressive metal album. The songs are extremely adventurous, filled with sprees of skillful lead guitar, propelled by an insane rhythm section consisting of Richard Christy and Scott Clendenin.

Action on the other continent

During the 90’s, other new twists and turns to the death metal music style happened around the world. Amorphis released its famous “Tales From the Thousand Lakes” album in 1994. This album is a merciless mash-up of musical styles, incorporating everything from folk metal to progressive rock and doom metal into a melodic death metal soundscape.

Edge of Sanity went progressive and wild on 1996’s “Crimson”, a 40 minute one song album. Opeth released two quality albums in “My Arms, Your Hearse” (1998) and “Still Life” (1999), expanding on their combination of death metal and progressive rock. Katatonia released their classic death/doom album “Brave Murder Day”, a one of a kind disc that certainly could be described as having prog overtones.

Early 2000’s – from Opeth to the technical death metal boom

The genre enjoyed a wide boost in popularity in 2001 when Opeth released their hailed “Blackwater Park” album. It propelled the progressive death metal genre big time, and turned many young melodic death metal fans like myself onto more adventurous types of extreme music.

Ultra-technical Germans Necrophagist also released their two full-length albums “Onset of Putrefaction” (1999) and “Epitaph” (2004) during this time period. This was the start of a technical death metal boom that’s still somewhat ongoing today. For a while in my youth it felt like everyone in extreme metal was just trying to play as many notes per second as possible. It winded down, but the factor, good or bad, is still there sometimes.

The inclusion of classical music was something new and something that influenced upcoming techdeath bands like Spawn of Possession and Fleshgod Apocalypse. Technical death metal has gone gigantic. The subgenre stagnated pretty fast in a creative sense, but there is an extreme amounts of bands playing it.

Gojira, one of the most popular modern extreme metal bands, is also usually counted as progdeath. I’m not a fan of the band, but I understand why they are categorized as progressive. The band is certainly not afraid to experiment, but I’m not sure that they belong in the death metal genre to begin with.

There are also progressive leanings in many melodic death metal bands. Australia’s Be’lakor tend to write songs that are a bit longer and adventurous than the average bands in that genre and often count as progressive. Sweden’s In Mourning is another rather contemporary extreme metal band experimenting with progressive ideas.

He also released Edge of Sanity’s “Crimson II” in 2003, another great exercise in a similar music style. It’s not as lush and polished as “Moontower”, but it also has a massive keyboard presence.

I hope this article taught you enjoy about the origin of the genre to get started. Let’s hit up some essential progressive death metal albums.

Classic old school piece of progressive death metal with a huge influence on the genre. Musically wild, jazzy piece that still manages to be aggressive.

Listen to Atheist on Spotify

Listen to Atheist on Bandcamp 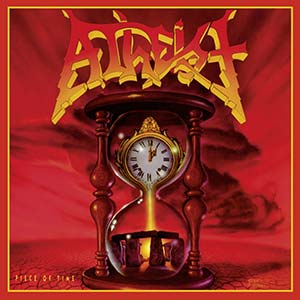 Death became more and more progressive over their career, and “Human” was the record where they truly took the step into the sub-genre. A timeless masterpiece.

Listen to Death on Spotify 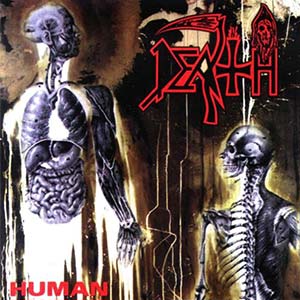 Amorphis – Tales from the Thousand Lakes (1994)

Listen to Amorphis on Spotify 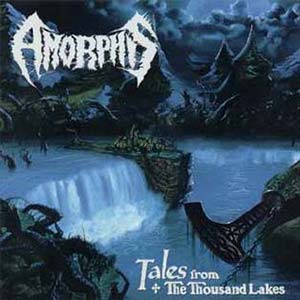 After going more and more melodic and proggy with Edge of Sanity, Dan goes full progressive death metal mode here. Perfect example on how to blend keyboards and extreme metal.

Listen to Dan Swanö on Spotify

Listen to Opeth on Spotify 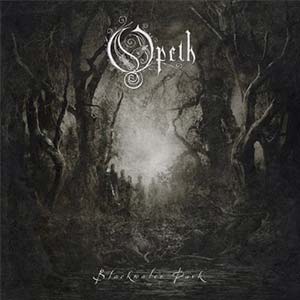 I hope this guide helped you learn what progressive death metal is all about and what bands and albums to start out with. There is so much good music in this genre, so please drop a line in the comment section if I’m missing out on something awesome. Personally, I’m not that into the super-technical side of things, but there are exceptions!

Who are the best death metal vocalists? ->