This is my list of the 10 best Opeth songs. I’m not into the last three Opeth albums, but they certainly wrote a lot of strong songs in the past. A lot of it winds up coming from the “Blackwater Park” and “Damnation” albums since they’re my favorites. 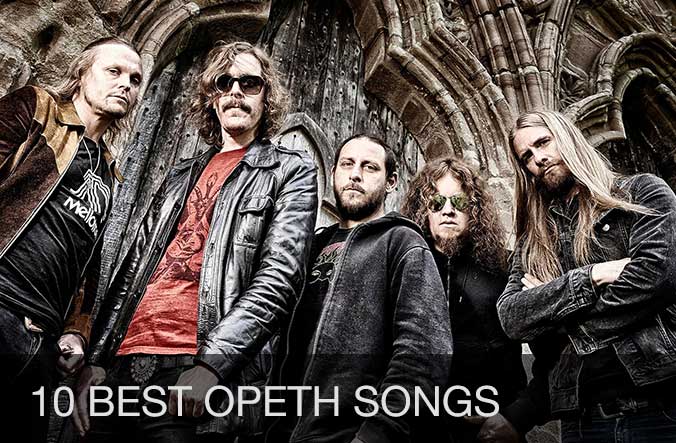 Probably the most famous song on “Damnation”, and deservingly so. It’s got a very nice, serene 70’s mood, with great vocal melodies to match.

A perfect mix between brutality and progressive tendencies, as displayed in the abrupt intro. Far from the smoothest songwriting displayed by Opeth, but all the riffs and melodies in the song are awesome.

A huge song that molds catchy melodies with the foreboding mood that is often present on “Blackwater Park”.

The hits “Deliverance” and “Master’s Apprentices” are great tracks from this album, but “Wreath” has an obscure darkness to it that I deeply enjoy.

A vicious opening track with quirky riffs. For me it outshines many of the classic songs later on the “Blackwater Park” album.

Soft progressive rock that goes from emotional into an enjoyable psychadelic jam session that is further expanded on in the live version.

One of Opeth’s most complex tracks that isn’t as challenging to listen to, as it is to perform. Unsually fluent track by Opeth standards, featuring some gorgeous melodies.

The clean vocal melodies and overall flow of this is amazing, and it’s also spiced up with some of Åkerfeldt’s most harrowing growl lines.

The “Blackwater Park” title track is an absolute powerhouse, an exhibition of how good Opeth were at their best. A nihilistic, bleak as hell track that still manages to squeeze in some beautiful progressive rock as well.

What are the best metal live bands? Well, there are many good ones, but I figured it would be fun to do my take on it. Since my lists of the 100 best death metal Read more…