What are the best Katatonia albums? Ranking Katatonia albums is hard; the band have covered many different styles (from death/doom metal to progressive and gothic rock), and all eras are very good. I’m pretty sure about the top three, but it gets pretty damn tricky in the middle.

Anyway, here’s my best try to rank all Katatonia albums from worst to best, or well least awesome to most awesome. Hope you dig this nerdy dive into the Katatonia discography.

My ranking does not include the live albums or 2013’s “Dethroned and Uncrowned” (“Dead End Kings” songs reworked).

Here is my Katatonia albums ranking, originally compiled in 2017 and updated in 2022 after the release and digestion of “City Burials”.

While it’s an ambitious and original album for its time, it’s clear how young the guys were when they wrote and recorded this. There are some interesting riffs and melodies, but the songwriting doesn’t come close to other Katatonia albums.

Over time, my opinion really hasn’t changed much. For all its raw passion, it’s just not very mature and refined. I still like it for what it is, though, and it shows potential of the great albums to come.

Read my review of “Dance of December Souls” ->

Listen to my cover of “Without God” ->

Oh, I’ve tried and tried so hard to love this album, but it just doesn’t get there. Really! I loved the singles (see my inital reactions to those below) and I spun the living crap out of the full album when it came out. Many times, it just feels like it’s a Jonas solo album that morphed into a Katatonia release.

Don’t get me wrong, though; I still enjoy it. It was actually one of my top albums of 2020. I guess I just have almost inhuman standards when it comes to Katatonia. “Untrodden”, “Lacquer”, “The Winter of Our Passing”, “Rein” and “Behind the Blood” are superb songs, but the album does tend to lose me in the second half before “Untrodden” comes and kicks my ass in the end.

My thoughts on “Behind the Blood” ->

My thoughts on “Lacquer” ->

Katatonia’s first try at clean vocals is a really dark, shoegaze-inspired rock album. It’s surprisingly mature and structured, considering the dramatic shift in style. The fact that an album as good as “Discouraged Ones” winds up in ninth place is a testament to just how good Katatonia is.

I have to say I don’t listen to it that much, though. It’s rather one of the those albums that are connected to lots of memories and experiences. Turning on “Deadhouse” or “Saw You Drown” definitely gets me back to a particular time and place, which is part of what’s so great about Katatonia’s music, regardless of era.

A modern, urban-sounding album that marked Katatonia’s transition from 4/4 beats to more complex Tool-influenced alternative rock. “Viva Emptiness” was also the album that introduced me to Katatonia. The less personal, mafia-themed lyric concepts makes it quite different from other releases.

For me, it’s perhaps the Katatonia album where the less known songs triumph the most over the hits; my favorite tracks are “Complicity” and “Will I Arrive?”, next to “Criminals” from the hit category. Overall, it’s a great album, both in terms of songwriting and atmosphere.

“Fall of Hearts” is a pretty challenging album, and it took me a long time to fully get it. After finding the magic in strong songs like “Serac”, “Old Heart Falls” and “Passer”, the album grew into yet another favorite and my album of the year for 2016. It sees the band incorporating some ambitious l progressive metal and post metal moves that I really enjoy.

I think I like it more than most Katatonia fans do, and it might have to do with the strong connection it got to the transitional part of my life around 2016. My only criticism is that the tempo drags a bit too much, thanks to songs like “Decima” and “Pale Flag”. If these would’ve been bonus tracks, “The Fall of Hearts” probably would’ve made my top 3 Katatonia albums.

Read my review of “The Fall of Hearts” ->

I consider this least emotionally impactful Katatonia album, but it is still packed with great songs with seemingly endless replay value. “Consternation” is one of Katatonia’s most quirky and dynamic songs, “Rusted” brings out a sentimental feeling of coming spring, and “Journey Through Pressure” brings out a doom metal element that’s rarely present in modern Katatonia.

It’s also an album that got so many people into Katatonia, and it reinforced my love from after getting addicted to “Last Fair Deal Gone Down” and “Viva Emptiness”. Also, “Dissolving Bonds” is the band’s most unforgettable bonus track, topping all the tracks on the main album for me.

A very dark album packed with heavy 4/4 beats and basic, yet extremely memorable melodicism. “Right into the Bliss” is especially unforgettable, and ranks high on my top 20 best Katatonia songs list. The combination of hooks and strong emotional impact paved the way for what happened two years later on “Last Fair Deal Gone Down”.

Just like “Discouraged Ones”, in 2022 this album is largely a nostalgic memory for me. I can’t say it put it on that often anymore, but the songs are just unbelievably heartfelt and emotional. And it’s sometimes hard to compare the value of that nostalgia to the greater musical proficiency of the newer albums.

In many ways this is “Night is the New Day” light, but the songs are just too damn good to place it any lower than this. “Hypnone”, “The Racing Heart” and “Dead Letters” became classics for me, and the two bonus tracks are breathtaking. It’s also yet another Katatonia album that’s super-connected to memories of where I was living and what I was doing at the time.

When I listen to this one, it usually still hits immediate and hard in an emotional sense. Actually, I don’t think I spin it enough. Fantastic album!

Genre-defining death/doom metal album that carved a niché entirely of its own. Still stands strong today thanks to its original approach. Many bands tried to copy it and failed. All six tracks are classics in my book, but the intro knockout of “Brave” and “Murder” stands out the most.

I don’t listen to “Brave Murder Day” all that often anymore, but it’s still an amazing album. It’s pretty much impossible to overestimate its influence on the modern atmospheric metal scene, especially melodic death/doom acts.

Probably my most played Katatonia album over time, and the one I listened to the most during the period when I turned into a hardcore fan. It has setlist staples like “Teargas” and “Tonight’s Music”, but more importantly, it has some of Katatonia’s most hard-hitting lyric themes for me, especially “Clean Today”, “Chrome” and “The Future of Speech”.

It’s just one of those 100 %, 10/10, 5/5 albums that never fades. The nostalgia is there, but it still hits immediate and hard at the same time. Extremely strong track-list and a true masterpiece.

The ultimate in Stockholm darkness, an urban-sounding album shock-filled with great songs. It also flows great, allowing the dynamics of the different songs to shine. Not to mention it features my favorite Katatonia song “The Longest Year”.

“Night is the New Day” hasn’t faded over time for me – I’d actually say it’s the opposite. The songwriting and atmosphere hits me harder than ever, and that’s wildly impressive, considering I’ve listened to each individual song hundreds of times. Definitely my favorite Katatonia album, and possibly my favorite album of all-time by any artist.

So.. what do you think about my Katatonia album ranking? Did I do alright? Whatever, they’re all good! If you have thoughts, feel free to hit me up on Instagram or Facebook.

Oh, and if you dig my content, it would be awesome if you’d check out my music. My progressive death/doom band Soliloquium is highly influenced by Katatonia, so there’s a good chance you’d like it. Hit up the links below to listen to Soliloquium. All support is appreciated!

Highly agree with Night Is the New Day at #1!!! That album is always just as amazingly good as the first time I heard it. It just never gets old.

I was always all about Last Fair Deal Gone Down and Brave Murder Day, but at some point I just realized that the newer stuff surpassed. Felt like blasphemy at first. But hey, what can you when the bands just gets better and better? 😀 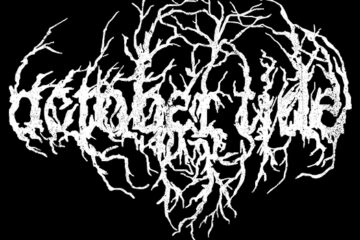