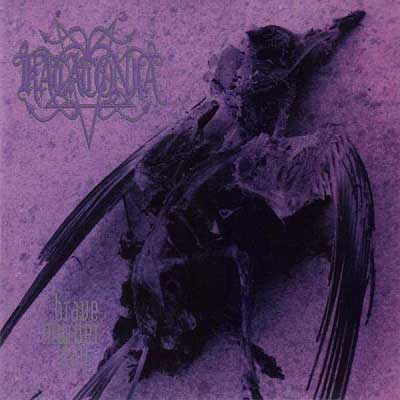 Reviewing one of your all-time favorite albums is tough. Katatonia’s “Brave Murder Day” has been with me for a long time. Listening to it again quickly removed the distance that I thought I had gotten to it over the years. I feel the music more than ever, and it’s still a murky death/doom metal masterpiece by my favorite band. I will do my best to dissect what’s so good about one of the most intangible metal albums ever released.

Much of the uniqueness of this album lies in the implementation of shoegaze extreme in metal music. This was 1996, long before blackgaze bands like Alcest became underground giants. “Brave Murder Day” is musically monotone and simple, focusing completely on creating an unsettling atmosphere. Repetition is often the key. The main themes of the songs are often repeated for minutes. It’s a strange experience.

An exercise in 4/4 trance

“Brave” and “Murder” are good examples of what to expect. The guitar riffs are simple 4/4 beat power chords played over equally simple drumming. It creates a sense of trance close to unheard on another album. Many bands have tried to replicate it afterwards, but none of them has really been able to create the same dreary atmosphere. I think it’s a result of Katatonia coming into the studio with what was pretty much a blank sheet.

The songs are surprisingly catchy, but the guitar sound makes it an antithesis. The rhythm guitars have a Swedish death metal fuzz with the distortion lowered, almost into being a buzzing noise. There are simple melodies and clean guitars, as well as some signature Anders Nyström tapping melodies. Opening track “Brave” comes to complete halt after three minutes before introducing one of these tapping sections. It’s a fantastic tension sequence, building up to the song’s most intense section.

All these moves focuses on the eerie atmosphere and Mikael Åkerfeldt’s vocals follow suit. His growls have a whispery quality to them that resonates perfectly with the unconventional guitar ideas. Most of the the lyrics are simple and fittingly obscure, sorrowful ballad “Day” being the exception.

The sound is influenced by dark rock bands like Slowdive and The Cure, and in the song “Day” they go all in on the gothic clean vocals. Jonas Renkse provides a subdued vocal performance that foreshadows the sound Katatonia will have later in their career. It’s a beautiful, bleak rock song. The clean vocals also show up in “Rainroom” and “Endtime”. Jonas doesn’t yet have the skill he acquires in Katatonia’s new era, but his performance is mercilessly bleak.

After “Rainroom”, another dose of glorious 4/4 trance, the album ends with the two most unorthodox tracks. Closer “Endtime” is like an existential black hole, allowing clean guitar parts to repeat and cascade before breaking into death/doom metal extremity. It’s the perfect closer, peaking the album’s obscure tendencies in an elegant way.

My cover of “Day” from “Brave Murder Day”

Sorry to disturb in the middle of the review, but below is my YouTube cover of “Day” from “Brave Murder Day”. Hope you dig it!

More than the notes played

There’s plenty of flack to give “Brave Murder Day” if you dissect it note by note. The production and the instruments are flat and powerless and it’s overall a very bare bones record. Katatonia was a messy band at this time, but they created something that went so far beyond the notes that were played. I’m honestly not sure if the band had any idea that the record would turn out this way. This weird piece of music became of the most influential doom metal albums.

Revisiting the album, I’m still fascinated and drawn in. “Brave Murder Day” is one of my favorite albums, with an atmosphere like no other. It has aged very well, despite being musically and sonically bare bones. It’s a doom metal essential responsible for shaping the genre. It’s also a set of damn good songs. Some of the darkest music ever recorded. 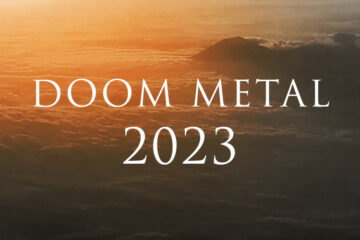