This is my list of the 50 best Swedish death metal bands. It will be a mix of classic bands, new school bands and other death metal styles. Since it’s based on my personal taste, some classic bands might be rated lower than new school bands. Some of the distictions have been a hard line between songwriting quality, originality and musical influence.

Discography size versus quality is also hard in some cases. How does a death metal band with 10 above average records fare against another band with only a perfect EP?

I’m Stefan Nordström, an aspiring musician and content creator. This is one of the ways I promote Desolator, my old school death metal band. If you’re searching for new music in the style, it would be awesome if you listened to my stuff on:

The death metal genre started in the U.S. when bands like Death and Possessed took the sound of thrash metal to new levels of violence. Death metal grew in the late 80’s and bands were popping up all over the world. The now legendary Swedish scene is one part. Bands like Nihilist (pre-Entombed) and Merciless were first.

Most of the Swedish death metal bands had a bit of a different sound in mind. American bands often looked to thrash metal for riff inspiration. The Swedish sound came from thrash too, but the strong crust and D-beat punk scene left a strong mark on the Swedish sound.

Swedish death metal exploded in the early 90’s when Entombed released their legendary album “Left Hand Path”. Dismember’s masterful “Like an Everflowing Stream” followed in 1991. Suddenly, the Swedish scene boomed and everyone was playing death metal.

If you want to read about Swedish death metal evolution, influences and also get a shitload of awesome anecdotes, check out the Swedish Death Metal book by Daniel Ekeroth. Highly recommended!

What about melodic death metal?

The same goes for black metal-laden bands like Dissection and Unanimated. Necrophobic is a bit of a tough one, since “The Nocturnal Silence” is death metal enough to be featured. There’s now a separate article about the 50 best melodic death metal bands available.

If you don’t feel like reading, here’s a couple of relevant death metal playlists:

Looks like they’re gonna remain a one album wonder, but the one they did release was awesome. Deserving of their place on this list.

Novelty fun by legendary musicians steals a few places on this list. Death Breath is way too catchy and raw to ignore, especially their title track in the video below.

1993’s “The Winterlong” is regarded as a classic. I’m slightly less obsessed with it than most Swedish death metal fans, but I can’t deny that “Spawn of Flesh” is one hell of a catchy tune.

Unleashed on place 27? Triggered yet? I’m just not that much of a fan, to be honest. There are some old classics and newer hits, but I’ll never group in Johnny’s crew among Dismember, Grave and Entombed.

“Epitome of Darkness” is an exercise in 80’s death metal throwback. The simplicity and rawness is charming.

Released too many decent albums to keep count of, but Entrails really have some true death metal hits.

I’m not the biggest Vomitory fan but I can’t deny that their workmanlike attitude produced some quality death metal over the years.

Gorement played a doomy, semi-melodic style with an apocalyptic edge.

From the ashes of Kaamos comes The Curse. They’ve only released one EP so far, but the sound on display is strong enough to warrant a top 20 place on this list. Much of the raw passion from Kaamos is there, and the songwriting is equally enticing. Their passion and authenticity feels fresh among many new school bands that fall into the “fun” category.

Craziness has its place in metal. Lord K and Torture Division embody it, producing death metal as menacing as it is catchy and tongue-in-cheek fun. Jörgen Sandström is one hell of a growler.

Facebreaker play zombie-themed death metal with a massive guitar tone. Robert Karlsson is one of the best growlers out there, and he fits in perfectly.

Mercilessly dedicated to the blueprints of classic Swedish death metal. Despite their thin influence bank, Interment are good songwriters and even better live band.

I am well aware how silly Degrade’s clichéd brutal slam death metal can sound at times. “Lost Torso Found” is still irrestibably groovy and catchy, mostly thanks to excellent riffing and drumming. I don’t appreciate many bands in this style, but they’re just too good to deny.

Hypocrisy has produced a lot of good to decent melodic death metal over the years, but their role in the early Swedish death metal sound is also undeniable. “Pleasures of Molestation”, “Left to Rot” and “Penetralia” are all brutal slabs of americanized Swedish death metal. Couldn’t help pimping my Roswell 47 cover below, hope you like it!

Anata doesn’t sound Swedish at all, but “Under a Stone with No Inscription” and “The Conductor’s Departure” are solid slabs of technical death metal. Unfortunately they disappeared from the scene after their album got halted by label troubles over and over again.

“Dark Recollections” is a nasty album with vocalist Matti Kärki at his most Autopsy-sounding. It lacks the maturity and nuances of the Dismember sound, but the raw violence displayed on the disc is enjoyable.

Merciless was one of the earliest Swedish death metal bands, pushing a Kreator-influenced death/thrash style to the max. Their early material is classic, and the self-titled comeback album is almost as good as well.

Such a novelty-ish band so high? What the hell? It’s not much that I can do about that, since Murder Squad produced two albums full of irresistable songs. Murder Squad is one of the few Autopsy-sounding bands that actually make it gruesome enough to work. The inclusion of Chris Reifert on some of their songs obviously helps. 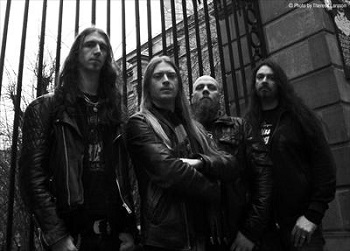 Grave’s discography may not be very consistent, but the first two albums feature classic songs like “Into the Grave”, “Deformed” and “You’ll Never See”. Where Grave lack creativity, their dedication to the Swedish death metal sound is certainly undeniable. 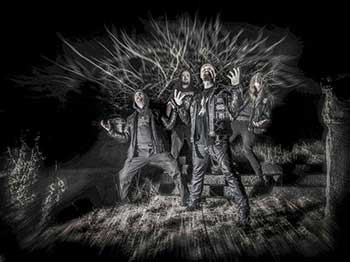 Entrails and Demonical are more hailed among the new old school death metal scene, but I prefer Puteraeon. Their best material is less derivative in comparison. They dare to venture into brutal and melodic territory beyond the Dismember blueprint, and they’re also an excellent live band. 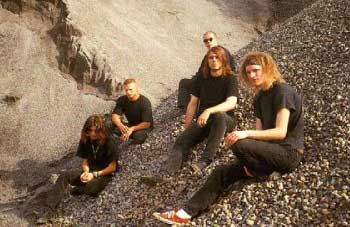 Edge of Sanity another mandatory band, producing some great material in both old school death metal and melodic death metal style. Dan Swanö is quite a unique player, being able to handle both classic death metal and more progressive ideas. His growls are also top notch. 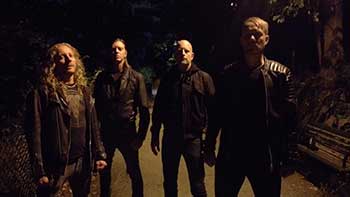 Desultory found a fairly unique place in the early Swedish death metal scene with their sorrowful melodic sound. “Bitterness” and “Into Eternity” are early classics, and comeback album “Counting Our Scars” is of equally high quality. Unfortunately, they disbanded after releasing their fourth album. 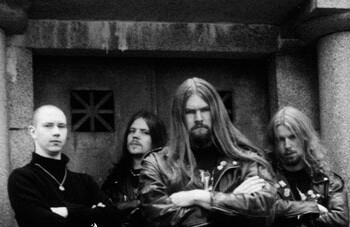 Kaamos is somewhere in between the old school Swedish death metal sound and Morbid Angel. Intimidating frontman Karl and his occult companions played a lot of gigs in Stockholm in my formative metal days, and it was always a pleasure to see them. If you enjoy the Kaamos sound, don’t miss out on the new group The Curse that features most of the band’s members. 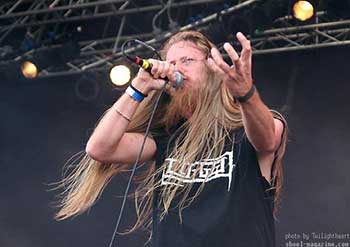 Insision is one of the most non-Swedish sounding Swedish death metal bands. They play a technical death metal style influenced by Suffocation and Cryptopsy, but the Swedish catchiness is certainly in there somewhere. All four full-length albums are good, but debut “Beneath the Folds of Flesh” hosts their true classics. 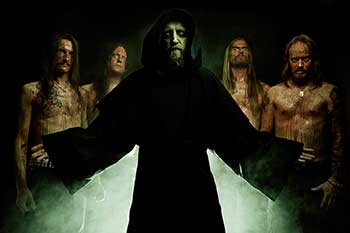 Having what is virtually a tribute band so high on the list is debatable. However, there is no denying that Bloodbath produced some of the best Swedish death metal songs. “Resurrection Through Carnage” has the Swedish old school death metal sound down, and their newer material mostly succeeds at a more modern sound. No matter if the vocalist is called Åkerfeldt, Tägtgren or Holmes, the songwriting is usually solid. 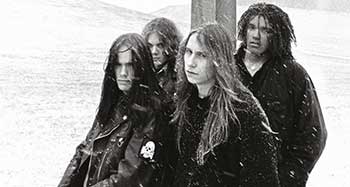 Entombed on a list like this is beyond mandatory. If you release staples like “Left Hand Path” and “Clandestine”, there is nowhere else to be but top three. Their later discography has a lot of dips, but they bounced back with 2001’s “Morning Star”. I don’t enjoy Entombed’s more punk-influenced Swedish death metal sound as much as Dismember’s, but they’ve released some damn good music. Don’t miss out on my list of the 10 best Entombed songs. 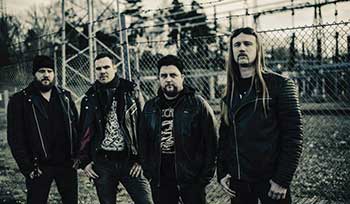 The Crown is more than the classic “Deathrace King”. Most of their material is relentless death/thrash metal delivered with a rock n’ roll attitude. Despite being a band with a pretty strong following, they’re still underrated in my eyes. There’s really no band that sound like they do; the mix of old school death, black and thrash metal tendencies goes perfectly with the melodeath hooks and rock n’ roll energy. 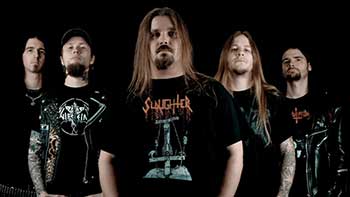 It’s impossible to do a list like this without mentioning Dismember, and for me they are the ultimate Swedish death metal band. “Like an Everflowing Stream” is one of the best death metal albums ever made. The rest of the discography is also impressive. The best Dismember material combines unhinged aggression, melodicism and catchy groove into a perfect Swedish death metal sound. You can check out my list of the 10 best Dismember songs right here on the site.