Published by soliloquium on October 29, 2018 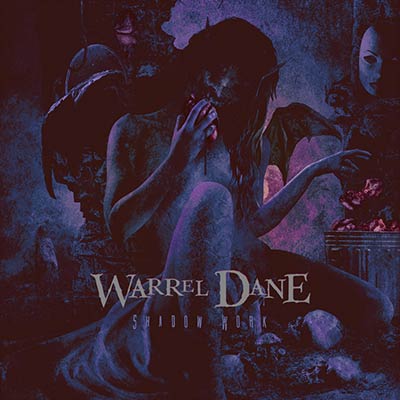 The deaths of musicians usually doesn’t hit me that hard. Warrel Dane’s passing was a different story. I’ve been a huge Nevermore fan for years, and I found his off-beat writing and personality very captivating. This album was in the recording phase when he passed away. Luckily, “Shadow Work” has enough finished material to be released in a 42 minute form.

I was worried that this would sound noticeably unfinished, but that is mostly not the case. Some of the vocal spots are probably missing double-tracking and harmonies. Other than that, “Shadow Work” sounds like a proper record. Let’s explore it and how it differs from Warrel’s previous solo material.

The “Shadow Work” sound is very inspired by Nevermore albums “Dead Heart in a Dead World” and “This Godless Endeavour”. Warrel’s Brazilian backing band does a great job, easily outshining the more groove metal approach on Warrel’s previous solo album “Praises to the War Machine”. It’s often fast, technical and complex. Way more so than I was expecting.

This added instrumental complexity is matched by a more metal writing approach from Warrel. In the best spots, like “Disconnection System” and “Rain”, it feels like “Shadow Work” is a Nevermore album. The audio production is great too, having a familiar, clear Andy Sneap-influenced sound.

1. Ethereal Blessing
2. Madame Satan
3. Disconnection System
4. As Fast as the Others
5. Shadow Work
6. The Hanging Garden (The Cure cover)
7. Rain
8. Mother Is the Word for God

Vocal melodies and hooks also have a pleasant familiarity. Every song has memorable sections and it’s clear that he hadn’t lost his sense of writing good hooks. Warrel’s vocal performance is also very good in itself. The best moments sound just as good as he did on the last Sanctuary album. He might have lost some of his raw power, but the sense of melody and lyricism is undeniably present.

It’s very bittersweet that this unfinished album sounds so good and it’s hard to know if this is exactly what the songs intended to sound like. That fact aside, I’m still glad “Shadow Work” got released. Warrel was a one of a kind musician, producing quality music even when he wasn’t healthy. I wish this wasn’t his swansong, but it’s certainly a good piece of music and a fine way to commemorate him.