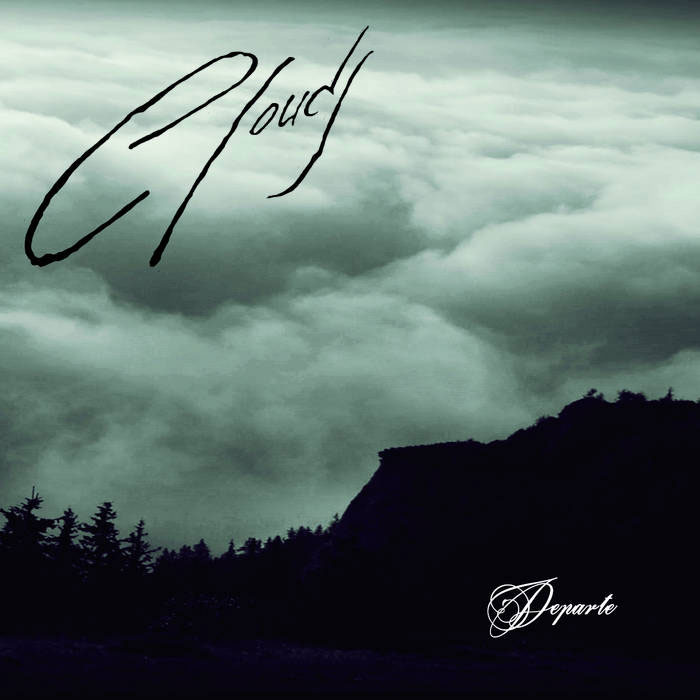 Clouds is an international all-star project in the doom genre. It features vocalists from Eye of Solitude, Hamferð and Officium Triste as well as several other well-known musicians from the spectrum. The music here is similar to debut “Doliu”; atmospheric death/doom metal with strong sentiment and an abundance of sorrow. There’s nothing but absolute bleakness on “Departe”, and you really get the feeling that the musicians are actively dwelling in it. This review is also available at rateyourmusic.com.

“Departe” takes it to epic proportions

It’s often taken to epic proportions, as all six songs clock in around the ten minute mark. Song titles like “I Gave My Heart Away” and “In the Ocean of My Tears ” hints about the content, and the musical atmosphere delivers. Most of the songs are driven by Daniel Naegoe’s low funeral doom growls. Much like in his main band Eye of Solitude, they are accompanied by slow, downtuned guitars and longing keyboard layers.

The funeral doom influence is strong, and there are no energetic or catchy moments to be found anywhere. The keyboard and piano instrumentation is minimalistic, but very competent and fitting for the music style.

It’s also a great privilege to hear more vocals from Hamferð’s Jón Aldará. He’s one of my favorite vocalists at the moment, and he certainly doesn’t disappoint here. His soaring operatic vocals enter at the most calucated moments, elevating the emotional impact of the songs. “Migration” is probably my favorite song on the album, and it owes a lot to having the most Jón vocal parts.

He really just has a voice like no other, with a pristine clarity and punch that is perfect for doom metal. On the other hand, female fronted “In the Ocean of My Tears” is the least engaging song for me. It’s pretty good, but 11 minutes with very few musical twists gets a bit too stale.

Much like composer Daniel Neagoe’s main project Eye of Solitude, the layers of basic powerchords get monotonous at times. “Departe” is also an album that clocks in at well over an hour. I don’t think it will be a problem for the funeral doom crowd, but I prefer some variation in tempo and mood, even in doom. The enormous scope and lack of variation makes “Departe” more of a niche album for me that I can’t really put on in different moods.

Niche attraction aside, the compositions and performances on this are just beautiful. I think the band accomplished what they wanted here, and I will certainly put this disc on when I feel like dwelling in bleak emotion.