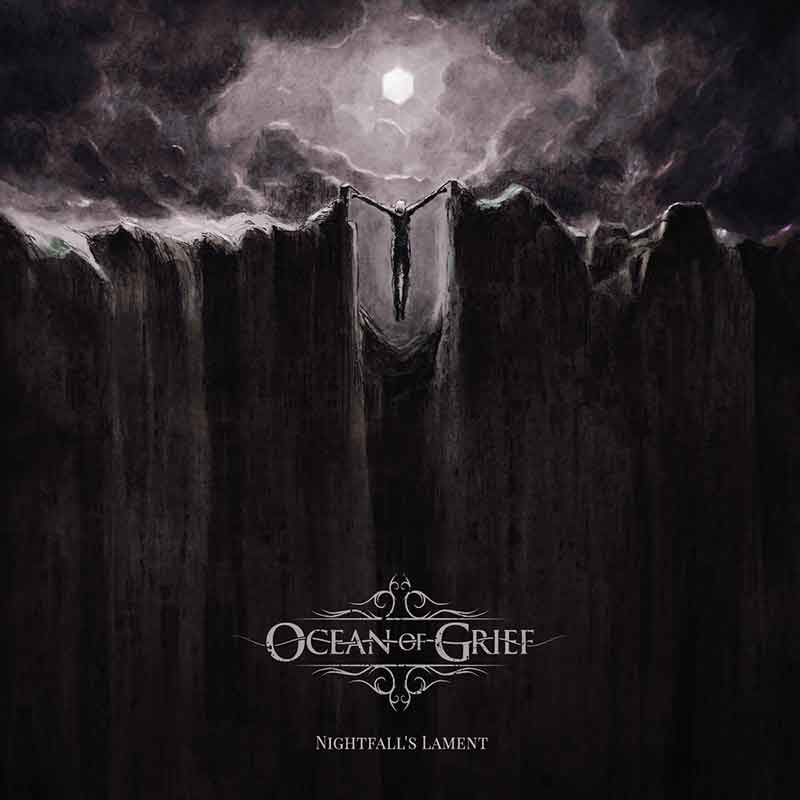 2018 has been a lacklustre music year for me so far. Ocean of Grief’s full-length debut is one of the few bright spots. The band is a Greek death/doom metal act that received some well-deserved buzz for their 2016 EP “Fortress of My Dark Self”. This resulted in getting signed with Rain Without End Records, one of the premiere labels for death/doom. This review is also available at rateyourmusic.com.

“Nightfall’s Lament” – a step up

“Nightfall’s Lament” is certainly a step up from the EP. The band’s songwriting craft has improved, and it’s obvious that they’ve put a lot of work into it. The melodies and tempos are cleverly intertwined in a way that reminds me of Slumber’s “Fallout” album. It’s not as similar to Slumber as Enshine and Exgenesis, but the connection is certainly there.

The main reason for the connection is a strong sense of longing and melancholy. Similar to its precedecessor, the album conveys a lot of emotion. It’s not an album focused on hooks. On the contrary, it draws the listener in slowly.. song by song.

1. In Bleakness
2. Eyes of Oblivion
3. Mourning Over Memories
4. Fiend of the Overlord
5. Painting My Sorrow
6. The Breeding of Death
7. The Release of the Soul

Most of the songs follow a specific tempo throughout. There are very few dramatic changes. Instead, the band opts for a patient approach where the guitar and keyboard melodies carefully develop. The competently performed death metal growls follow a similar approach. There are few apparent hooks, but the flow of the vocals provide support for the music’s atmosphere.

These factors make “Nightfall’s Lament” an album’s album that fits best as a whole piece. Opener “In Bleakness” is a song that stands out a little bit more, but the overall quality is constant. Every time I listen to the album, I feel that the tension of the tracklist builds a distinct whole. This more than compensates for the lack of standout hits.

I’m impressed with how Ocean of Grief follow death/doom conventions without sounding derivative. The music sounds fresh and passionate. Their songwriting has matured one more step compared to the previous EP. I think it comes down to that the song structures simply are more fleshed out. There are more things going on, and the intertwined melodicism creates a lot of atmosphere.

The production is also fantastic. It’s punchy, atmospheric and balanced at the same time. I was expecting to find someone like Jens Bogren in the credits, but according to Metal Archives guitarist Filippos did the recording, mixing and mastering. Good job! “Nightfall’s Lament” is a quality piece of music that should please anyone into doom metal. Ocean of Grief has potential to become genre greats and I’m already waiting to see with what they release next.