“Ghosts of Loss” is the second album from Finnish melodic death/doom metal act Swallow the Sun. This review is a part of a relistening binge. I always enjoyed opener “The Giant”, with it’s massive scope and instantly recognizable opening melody. “Descending Winters” and “Psychopath’s Lair” are both typical heavy Swallow the Sun songs. I’ve always found them enjoyable, but not spectacular. You can read my list of 10 best Swallow the Sun songs and my “New Moon” review right here on the site. 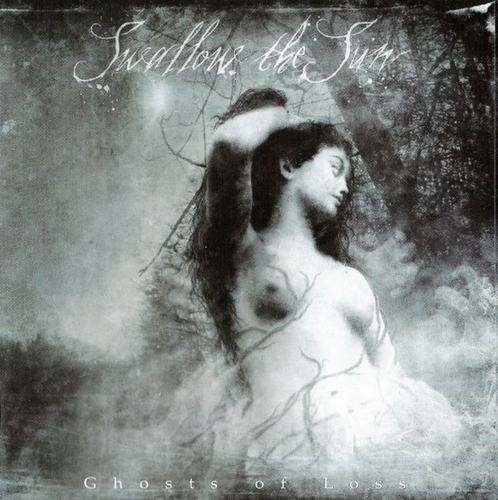 Beyond that, I must admit that I haven’t given the album enough attention. As we all know, Mikko Kotamäki’s growls and screams are great. Clean vocals are utilized in a few spots of the album and they sound OK. The style is similar to the one on the debut album, except for the fact that the songs are less catchy and more branched out. There is not much in terms of temposhifting or dynamics at all on this album.

Trimming the material would’ve done “Ghosts of Loss” a lot of favors. Swallow the Sun isn’t a very varied band (melodic death/doom to the absolute core), and a 66 minute running time is massive for any band. “Gloom, Beauty and Despair” and “The Ship” are probably as good as the other tracks on the album. The problem is that they’re placed in the end, where most of my attention has already faded.

All in all, a decent album

While I got a bit enlightened about the content on the album, I haven’t really changed my opinion. Swallow the Sun isn’t a band of the same class as Slumber, Rapture, Mourning Beloveth or Daylight Dies. “The Giant” is a massive song, but “Ghosts of Loss” doesn’t have the urgency or the variation to be a great album. The musical performances and production on the album is highly competent. It’s unfortunately not enough to produce fantastic death/doom metal.