Psycroptic – As the Kingdom Drowns review 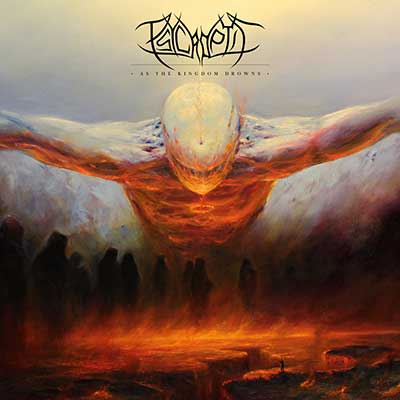 “As the Kingdom Drowns”

Psycroptic is a band that underwhelmed me so many times that I almost stopped checking out their albums. I’m usually not stuck on one early album in the discography, but when it comes to Psycroptic it’s impossible not to compare everything to 2003’s “The Scepter of the Ancients”. That album was a perfect mix between technical proficiency and catchy groove. It also featured a uniquely schizophrenic vocal performance by Chalky. The first two albums with replacement vocalist Jason Peppiatt were decent, but after that the band completely lost me with its overly groovy direction.

Opener “We Were the Keepers” shows whole new signs of life from the band. It has frenetic instrumental action that reminds me of early 2000’s Psycroptic. At their best, these guys really are the uncrowned masters of combining technicality and catchy hooks. The high level continues on “Frozen Gaze”, which is probably the highlight for me. It brings back the combination of power chord hooks and insane guitar magic that made songs like “The Colour of Sleep” so good.

Vocally, this is pretty much what you can except from a Jason Peppiatt-fronted Psycroptic album. It sounds hardcore-influenced, loud and abrasive. It’s on par, but as usual I find myself missing Chalky’s insane vocal antics. However, the way the vocal lines are written feels way superior to the past few albums. The hooks are on point, and the vocals sync very well with the rest of the instruments.

As expected from a good Psycroptic album, the guitars are absolutely out of control. There are so many riffs that are as memorable as they sound impossible to replicate. The best part is that the pace of the music has been picked up from the last two albums. The start-and-stop groove tendencies occur in songs like “Directive”, but the main focus on “As the Kingdom Drowns” is speed and intensity.

I also like how this album is produced. There’s some solid punch in the instruments and it’s not as thin-sounding as some technical death metal albums tend to be. I don’t focus much on the drums, but I think they need to be mentioned as well. The Haley brothers on guitar and drums are like a machine. You can really hear that they’ve been playing and composing this type of music together for hours on end. It’s super tight and equally creative.

“As the Kingdom Drowns” tracklist

1. We Were the Keepers
2. Frozen Gaze
3. Directive
4. Deadlands
5. As the Kingdom Drowns
6. Beyond the Black
7. Upon These Stones
8. Momentum of the Void
9. You Belong Here, Below

Despite the fact that the album is only 34 minutes long, I must say that it can become a bit tedious. Psycroptic is a noisy band that plays extremely many notes per second. I find myself feeling a bit overwhelmed, even before that running time ends. “The Scepter of the Ancients” had some simpler moments to counter the intensity. I don’t really feel that this album has it. It also doesn’t help that the two best songs are right in the beginnning.

Overall, this is nitpicking though. I’m just glad the band is back to playing solid music. This album is their best since 2006’s “Symbols of Failure”. The intensity plays more to the band’s strengths and the songwriting is good. I’m glad to see Psycroptic going in the right direction again. 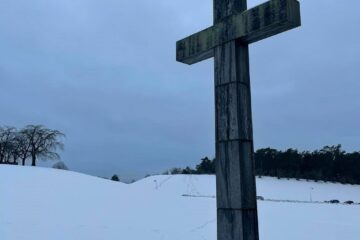