Insane memes and online flaming aside, there are several reasons why I don’t like the three latest Opeth albums. I find “Pale Communion” rather decent, especially the song “Faith in Others”. I’m still to find a single musical moment that I enjoy on “Heritage” and “Sorceress”. 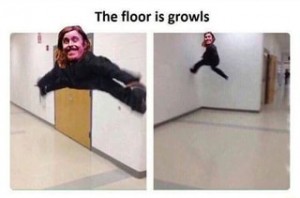 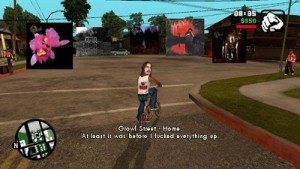 I’ll probably be click-baiting more than one person with this article, but hopefully I have the opinions to back it up. Feel free to tear me to shreds in the comment section or on Facebook. It’s an unusually provoking article for this site, so it will be interesting to see what comes of it.

Reason number one, and the most important one for me: new Opeth often feels like novelty music by old men who love their vinyls, and don’t want to create something original. Yes, the musicians involved are certainly having fun, but in the end every song seems to be an identifiable tribute to some 70’s band. This is as far as it gets from what I’m looking for in music.

The songwriting is a mess

Opeth never had the most fluid songs in the first place, but they sure had parts and hooks that stood out strongly. Many of the songs, especially on “Heritage” and “Sorceress”, feel like unfinished jam sessions, or they’re simply just light as a feather in terms of dynamics. Yes, it’s very organic, but organic doesn’t automatically mean good.

You’d think music with such focus on sounding organic would sound great live, huh? That’s not really the case. The rhythm section is obviously impressive, and it’s nice to witness Axenrot and Mendez tear it up live when it’s most audible. But songwriting is key, and these songs still don’t take off, or ever even get intensive. I may be a music illerate dick for liking contemporary metal music, but I prefer a live gig with memorable hooks and energy over a progressive jam session.

The lyric video to “Sorceress” made me cringe heavily. Much like when Ghost does it, this type of feelgood-ish occult imagery almost give me outbursts of allergy. This obviously ties heavily to the novelty factor as well. Once again, it’s something that feels disingenuous, and an absolute opposite of what I look for in my music.

I understand that many death metal bands I enjoy don’t have much to say either, but it’s ironic to hear the progressive crowd crapping on them when Opeth writes stuff like this. Also, slightly hypocritically, I have higher standards for lyrics in lighter music compared to extreme music.

It’s never been about the absence growls for me. I love the “Damnation” album, and one of the strongest reasons is Mikael’s vocal performance. On that album he mostly sings on a comfortable, expressive range that resonates well with the music. This is a range he slowly drifted from, starting as early as the “Ghost Reveries” record (not shitting on “Reverie/Harlequin Forest” though, brilliant performance).

The song “Sorceress”, and many others, are ridden with uncomfortable Alice in Chains impressions, and angsty high notes. Once again, this seems to be a side effect of the band having fun with sounding (sometimes way too much) like their favorite bands. I’m convinced Åkerfeldt and company are enjoying playing together more than ever, but it doesn’t change the quality of the material for me.

The last three Opeth albums are, excluding some of “Pale Communion”, pretty damn bad. I tried my best to explain this without being inflammatory. The metal side of the progressive rock scene is strong, and there are many better bands out there like Wolverine, Riverside and Pain of Salvation. Not to mention that Katatonia and Anathema are still keeping their quality high.