Changing perspective from inward to collective has been a slow, natural process in Soliloquium’s themes. In “Procession” (“An Empty Frame”, 2016), I started thinking about the things I’ve seen. All the unsympathetic, almost inhuman treatment of people deemed imperfect or lacking the means to an end. Deliver or disappear, it seems.

I’ve seen it socially, in workplaces and in society overall. For a small deviancy, it seems like you can be denied everything. You quickly become an outsider. People are simply discarded. We condemn many people to loneliness and shame for all types of inadequacies. It often spirals into vicious circles of mental illness and other issues. Most turn the blind eye.

As waste are the unworthy, the dregs of life
The defect, the defiant, the unwilling
A crumbling life equation
Consistently endorsed by fingers crossed

Our search of peace is but a burden
Monetized, stigmatized, conformed
Succumb to the frustration
Of a material pursuit that was never ours

We are misplaced in life
Far from the favoured circles
Left to wander, no signs of relief
Meanwhile the shadows grew vast 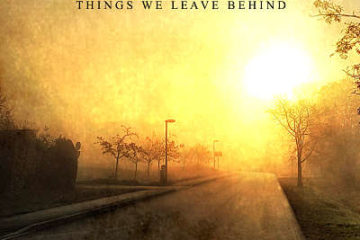 “Dead Ends” is the opening track from Soliloquium‘s 2020 album “Things We Leave Behind”. It’s also the first single. In this article you can check out the lyrics and, more importantly, learn more about the Read more…