After my first few personal rant type blog posts, I figured I’d go for a new one with the same method. Whole other topic though; how does money and business impact music for me as a musician and what do I think about it?

How can we find a method to survive economically, while still having space for the things we really care about? It’s been the topic of many good discussions that I’ve had lately. The burning passion seems to be threatened for many talented people, due to the growing pressure from time and money constraints.

Can there be a balance between creativity and money? Can they harmonize, even if your passion isn’t the one making you the money to pay the bills? And when it comes to underground music, how does a need for recognition and popularity come into the picture? At least for me, it’s hard to keep a straight line and focus on the sweet spots of the creative process. Let’s dive into it!

My background in music

I’m not exactly dealing with the smaller type topics in these blog posts, so I suppose some background specifics are in order. It’s the key to any good post either way.

Even in my earliest years of playing around with music, I wasn’t imagining making a living from it. My teenage view of the world was twisted enough to imagine touring and recording anyway. It was easy. I wanted to play music and nothing else. Since the state and my parents were nice enough to support me financially at the time, most things were just games without real consequences.

The inevitable life balance challenges came crashing in years later, with full-time education and employment. These balance issues didn’t sneak into my life. I crashed into them like an iceberg with no idea how to deal with them.

They also came right at the time I became a decent enough musician to make serious music. Desolator‘s first couple of demos were out. The first Ending Quest demo was brewing. I realized I wanted to try out playing death/doom metal as well. Inspiration was there and taking me in many different directions. 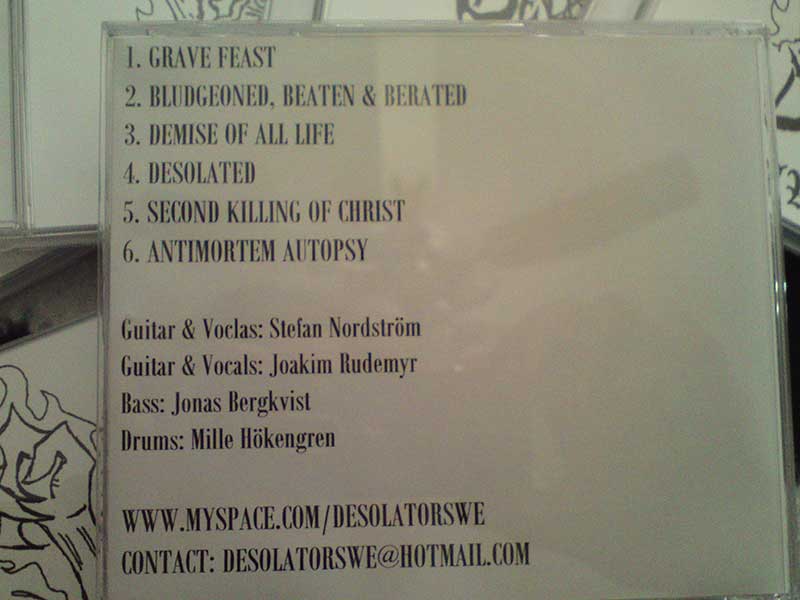 A devious cocktail of high functioning depression and an introverted, highly sensitive personality type cornered me in all kinds of ways. The road was no longer paved for doing passionate, rewarding things. I wasn’t all prepared or adapted for this. Suddenly, the energy for a Thursday night rehearsal wasn’t there anymore.

On top of that, new distractions arrived; the aspect of a future career and the arrival of simple adult things like paying rent and making decisions. In my state, money was very hard earned. I realized money’s worth and found the urge to move forward in an unfamiliar business world.

From probably being the lowest paid digital marketing person in Stockholm around 2014 after my education, I kept grinding and cherished opportunities. I was always the oddball in every place; who could even fathom this alien without plans to have kids, cars and a fancy apartment?

A couple of years later, right when most people are settling down, a crippling existential crisis begun. Cash was rolling in for purchases I simply wasn’t making. At the same time, my creativity and passion was smothered into nothing by pressure, introvert hangovers and anxiety. So priviliged, yet so poor.

For a long time I was trying to make my 9-5 money and using my free-time for creative activities. I had to learn the hard way that this just doesn’t work for me. I needed two years of overactive thoughts to reevaluate. I needed to hit the wall and force a stop to my career. 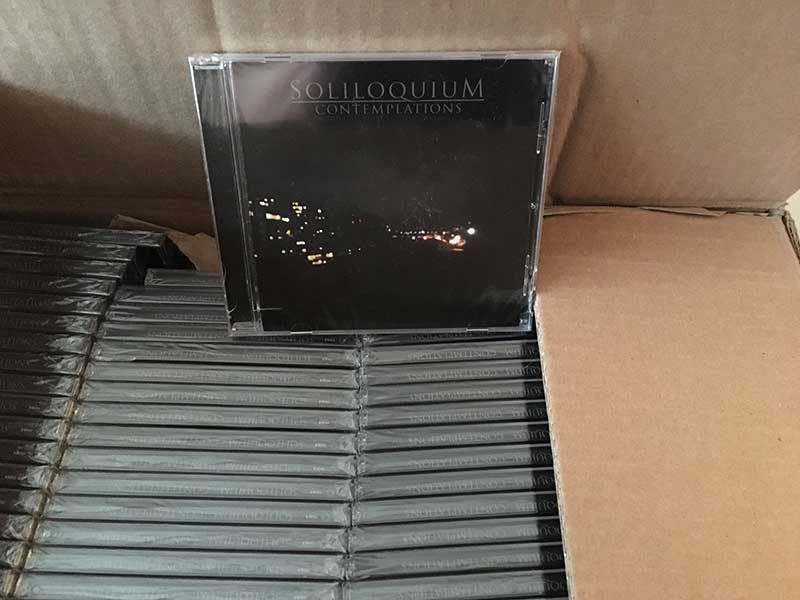 Soliloquium – Contemplations CD’s from the record label, a bit of an upgrade compared to the first Desolator demo!

Desparing over work/life balance for such a long time led me to a quest to find the creative sweet spot in marketing. Starting to promote Soliloquium through this homepage allowed me to use some of my workplace skills in new territory. It wasn’t a concious move, but soon I found myself hammering out strategies, content and analyzing visitor behavior.

I was hitting the sweet spot more and more. I was learning digital marketing in a whole new area. It didn’t make me any money, but at least it was passionate and connected to something I genuinely cared about. In this I found one of the first synergies between my professional and creative side.

Now it’s time to turn everything I just said on its head. When it comes to creating underground music, my clear reflection is that money and business are often the enemies. I can’t deny that it has a strong connection to my black and white personal pathos, but the effect on a musician’s creativity and thought process is undeniable.

I’m clear on the fact that we all have different goals and outlook when it comes to music. Some of us enjoy the social parts of being in a band and the touring life. Some are trying to make a living. I’m just trying to write good songs and empty an overthinking mind. 99 % is about the creative process and the quality of the songs.

I’d love to be able to make a living from music, but with my outlook, it simply won’t happen. I know so many talented underground musicians struggling with this balance. These thoughts are really a constant and they can be counterproductive.

I think the important part is to make the distinctive decision; am I in this at all to make a living or is it all passion? Floating around somewhere in the middle can be bad for your music and certainly for your mental state. At least it always was for me. I enjoy seeing things and making my decisions in black and white.

Outside influence and genre expectations

I won’t deny that I had periods in my musical journey when money and recognition were factors. Not so much money, as recognition. I mean, who doesn’t like to see a crapload of views and comments on their YouTube videos? The question ”would they like it?” has been an ominous presence at times.

It’s a very destructive practice that limits the creative scope immediately. Death/doom metal is actually a pretty bad genre in that aspect. Many people in the spectrum want their music clearly genre-defined. Play death/doom, post metal, shoegaze or blackgaze, not all of them at the same time.

The genre tag also becomes a branding issue. I’m pretty confident songs like ”Perpetual State of Panic”, ”22” and ”Earthly Confine” can be reason enough for death/doom labels not to touch us. And how are you supposed to tag it on YouTube and Bandcamp to help the listeners find it, if you’re not even sure what you’re playing? I’ve certainly had my fair share of comments from listeners who felt deceived. ”This ain’t no atmospheric death/doom metal like it says in the tag”.

This screwed with my mind at times and I’m not going to pretend that I’m completely past it. In the end, I think I at least made the album that I wanted to with ”Contemplations”; one with extreme metal as well as post rock and shoegaze. It doesn’t make most people completely happy and it’s not marketable.

The best music on ”Contemplations” is the result of focusing on the creative process instead of the end result. I have a feeling that I was much more result-oriented when I wrote the previous album ”An Empty Frame”. It comes as across a neater package, despite having a couple of softer songs among the extreme metal tunes.

This is my main reason for recommending to keep money, recognition and end goals as far away from the creative process as possible, at least for those making music for the sheer sake of expression. It’s so easy to let outside influences into the creative process. The process, as well as the joy of creating music, is so easily corrupted.

As I was saying earlier, what you do after writing the music is a whole different deal. “Sell out” in every way and go crazy when promoting the music. Many of the introvert type musicians like me don’t do this part well. I wouldn’t either. I’m just lucky enough to have an arsenal of marketing skills from my professional life to employ.

Facebook and YouTube (click the links to read my promotion guide for each platform) has been my best tools to find new fans. Bandcamp has been the best way to sell the music. There is no shame in being a ”seller” once the music is actually finished, even if you’re dead serious about the music during the songwriting process.

Connecting all this together is my last note about music promotion; dare to experiment and execute ideas, even if they seem out there. It took me months to get out there with my first personal post on the Soliloquium homepage. After actually doing it, it felt as creative as writing a new song. Not to mention it rendered results in comments, reposts and rewarding personal discussions. It was so much more expressive and creative than I ever would have thought.

These posts play right to my strengths. They allow me to express the army of thoughts in my head while getting into the creative sweet spot I love so much. In this case, I’m also promoting Soliloquium. The band is so closely connected to these topics that I can weave in songs, lyrics and other material in a natural way. It’s one and the same, really.

Blogging is also a lucrative niche I’d love to explore professionally at some point. I feel my skill level and storytelling increasing every time I write something. It’s unfamiliar, exciting and rewarding. Not all that different from when I turned off the distortion and wrote that first clean guitar riff for ”Garden of Truculence” in 2010.

If you find ways to narrow the gap and develop skills that are equal parts passion and money, jump on them. Just don’t let outside influences like recognition, money and business corrupt the process of creating fantastic underground music. 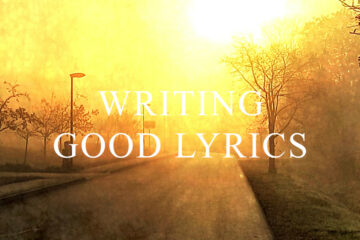 How do you write good lyrics? My best tips

I’ve written lyrics for hundreds of songs, not necessarily always good lyrics. These are my best tips to write quality lyrics for your band that will provide the counterpart your music deserves. Hopefully, this will Read more… 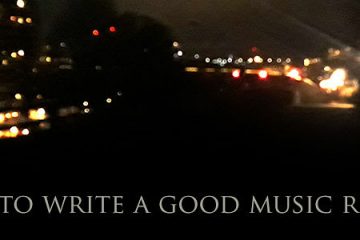 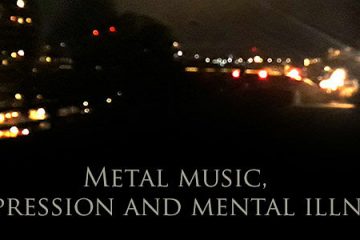