The band has a discography filled with fantastic songs, and it’s a challenging task to find the most underrated Katatonia songs. Since I already made a list of the 5 best Katatonia bonus tracks, I will focus on the original tracks in this list. 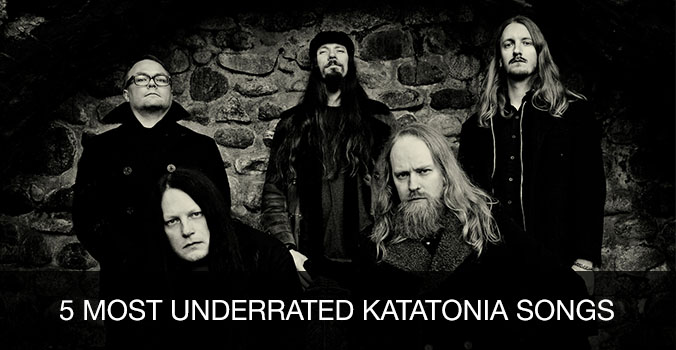 Very impressive calm song from “Night is the New Day”. Not much goes on instrumentally, but Jonas puts on a vocal performance oozing of emotion, especially in the verses. It’s in a tracklist surrounded by great songs, but still stands out for me.

One of the more off-beat and underrated tracks on “Viva Emptiness”. The chorus melody (“defy only..”) is absolutely gorgeous, and not many moments on the album top it for me. I’d love to hear them try this one in a live setting.

I think the “Sounds of Decay” EP doesn’t get the praise it deserves, and I could’ve chosen any of the three songs. “Nowhere” has some pretty gruesome guitar melodies, as well as the best lyric lines. Granted, it was a messy time in the band’s career, but I think the more straight-forward approach on the EP had quite a big impact on the death/doom metal music to come.

Ingenious lyrical topic (swedish alcohol culture) and an unpolished heaviness that stands out on “Last Fair Deal Gone Down”.  Could might as well have chosen “The Future of Speech” or “I Transpire” from the same album in this spot.

My favorite song from “Dead End Kings”, and one I’m yet to witness in a live setting. Just like most other great Katatonia songs, it relies on excellent atmosphere and lyricism, exploding into a chorus that stayed in my head for weeks.