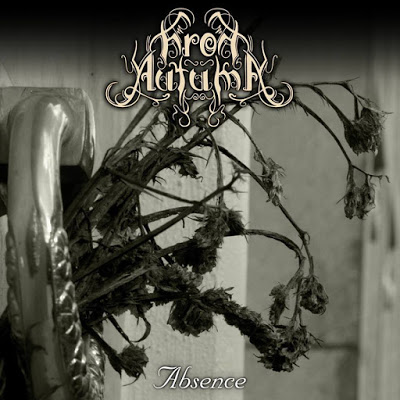 From Autumn play highly melodic death/doom metal with a classic doom edge. The songs are slow dirges, and uptempo moments are rare. There’s a depressingly anthemic feeling in this release that sticks with me. I’m unsure what the scene looks like there, but I was a bit surprised to learn that the band comes from Brazil. Not exactly the country I associate with cold death/doom metal. This review is also posted at rateyourmusic.com.

It’s one of those rare death/doom bands these days not utilizing the signature “Brave Murder Day” 4/4’s. Instead, My Dying Bride and early Paradise Lost serve as adequate reference points. I also hear a bit of Swedish doomsters Isole in the cleaner parts. This is bleak and slow to the point where you really have to be in the (possibly not so good) mood for it.

Vocals, both growled and clean, are competent but not great. It feels like they compliment the guitar melodies more than anything else. On paper, the music is basic, and quite unoriginal, but I still find myself drawn by the melancholy of the melodies. The guitarwork is constantly memorable, a feat considering the bare bones nature of the music.

The production job is pretty raw, and something I would expect from a demo or EP rather than a full album. Taking in account that this is an unsigned band from Brazil, it’s still adequate. Guitars, vocals and drums sound a bit separated in the mix, and there’s not much atmosphere or fullness. Guitar is probably the instrument that sounds the best, utilizing a rhythm and lead guitar tone aching to early Paradise Lost.

As I said earlier, this is downer doom music that paradoxally doesn’t have that much atmosphere. It’s certainly depressing, but the band would benefit from checking out bands like Slumber and Rapture to add some additional atmosphere (and perhaps a few hooks in the songwriting department too). It doesn’t mean diving into already overused Katatonia clichés though. There is already enough of that out there.

Overall, From Autumn delivered a solid debut here. “Absence” is certainly worth checking out for the experienced doom fan in search for more bleak sounds.